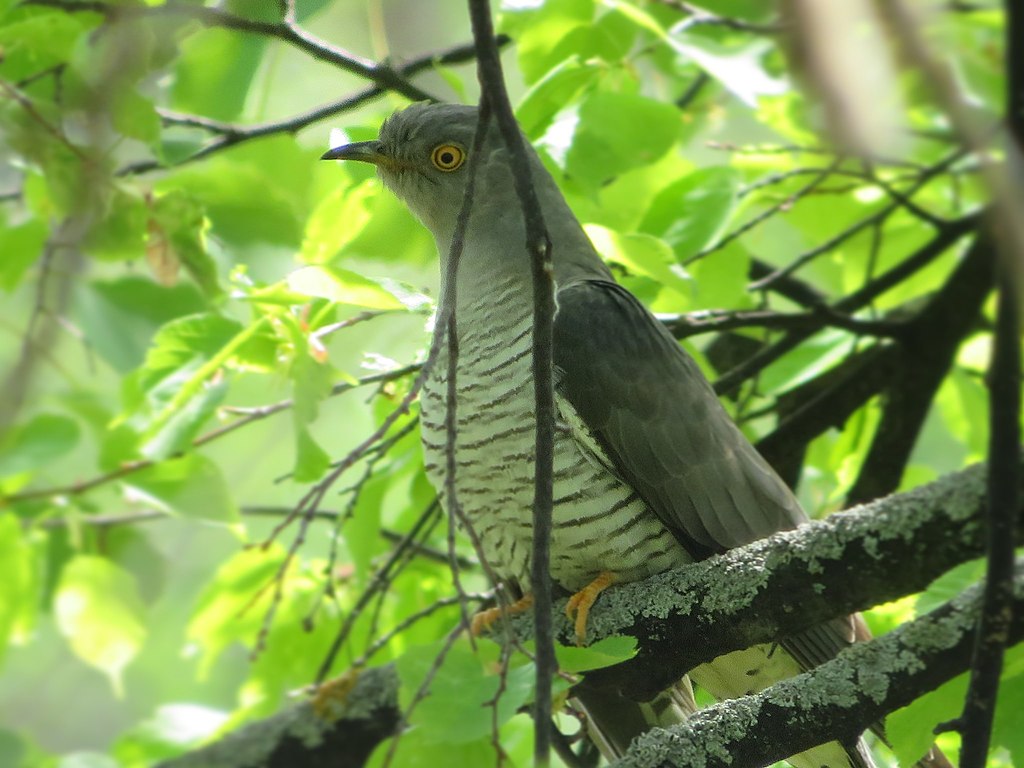 Cuckoo bird, ultimate toxic impostor. Pushes out the birds who belong there by being bigger, dumber, and more aggressive. Basically your bro middle manager. By Natalie Kurbangallewa, CC BY 4.0, via Wikimedia Commons

This week, I attended one of the best workshops I’ve ever seen. It cured my impostor syndrome (something I’ve been thinking about a lot recently). And if you’re a woman working in tech, I’d like to co-sponsor you to take it, too.

What Was This Workshop?

The workshop was Presenting Work with Confidence! By Mule Design Studio and facilitated by Mule co-founder Mike Monteiro. You might remember Mike from some oft-shared links such as:

Mike works with Mule Design co-founder and spouse Erika Hall (no relation to me), who is one of the most brilliant minds in content strategy. Obviously, their work was pretty influential in the decision Mika and I made to found Common People. And importantly, their work has been highly influential in who we do not work with. 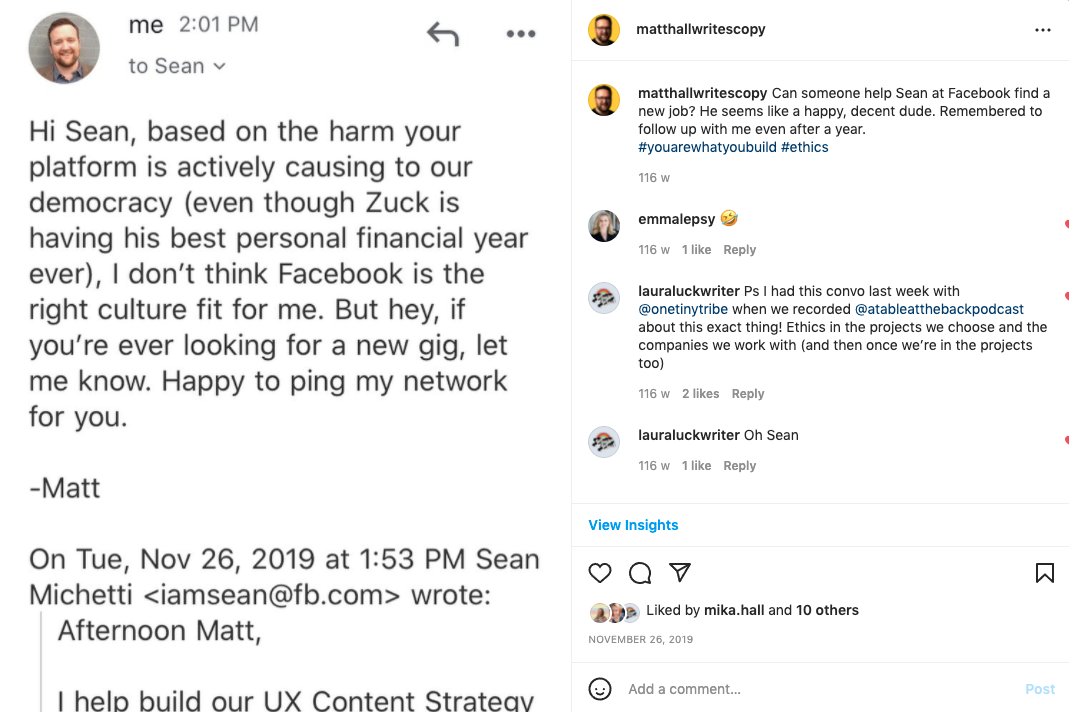 (There’s nothing quite like telling off a FAANG recruiter.)

Sounds Good, But What Was Covered?

Then, after watching the other participants and me give short presentations, he gave personal feedback that instantly transformed our confidence and delivery.

From the moment it starts, you can tell this is a workshop that’s been refined, practiced, and improved for years. But it’s not just about tactics, it’s about getting to the honest, gut, big-t Truth about why we lack confidence when presenting our work.

I don’t want to share any spoilers. But I’ll just say that the method Mike shared to starve my impostor syndrome works. And if you have clients you respect and smart co-workers, it’ll work for you, too.

It’s hard to say how fast and effective this was. And for my business, it’ll pay for itself 20x over within the next few weeks, easily.

But the raddest part was seeing how many incredible women tech workers attended. AAA game designers, top UX professionals, and awesome freelancers leveling up their impact on their teams.

There’s a difference between being cocky and confident. This workshop was about becoming the latter. And we need more confident women in the workplace who can push back against the tech bros.

Here’s my thing: I have daughters. By the time they enter the workforce, I would like someone’s gender to be a non-thing when making hiring decisions. And the only way we get there is by empowering today’s working women and non-binary people.

Because women are more effective leaders than men, but women only make up 29% of senior management roles for some reason. (And it’s even lower in tech.)

Hmm, I wonder how companies like Blizzard got away with having a “Cosby suite” for so long? Or why it took a decade for male-led Basecamp to realize the general awfulness of mocking customers with non-Anglo names?

Or maybe why you see massive wastes of time like writing an entire essay about the power dynamics of Calendly (and then having a bunch of techbros show up to defend them).

My theory – and it’s wild, I know – is that the tech industry is rife with men in leadership who haven’t ever thought about what it’s like to be on the receiving end of bullying or discrimination. Or if they have, it was about something they could overcome like not being popular. You shouldn’t need to see your identity as something that needs to be “overcome”, but that’s the advice so many give to women or non-white workers in tech.

So to solve this, and make the world better for when/if my daughters enter the workforce, we need more women who can be placed in leadership.

Because as Mike repeatedly emphasized during the workshop, if you’re a woman in tech, that means you’re 2-3x more qualified than the male applicants for the same job.

If You’re a Woman in Tech, I’ll Co-Sponsor Your Workshop Fee

Right now, Presenting Work with Confidence! is just $250 if you’re paying out of pocket. (It’s $500 if you’re getting your employer to pay, which is awesome.)

But I want more women to take this workshop. So here’s the deal. If you’re a woman in tech who wants to attend this week’s workshop, I’ll co-sponsor 30% of your out-of-pocket ($250) ticket. Why 30%? Because women are paid 70% of what men make, still, for some reason. So this kind of helps make it right.

(And if you need a bit more help, we can chat.)

Just email me if you’re interested, and I’ll help as many of you as I can afford.

Honestly, I think this brief, two-day workshop alone will translate to thousands and thousands of dollars in increased career earnings. You’ll likely find a better job with a $10k or more raise within the first year of taking and applying this workshop.

But more importantly, by being a woman in tech and learning to deliver more confident presentations, you’re going to have a louder voice. That’s going to push out the jerks and make more room for empathetic, thoughtful, effective leaders.

And we desperately need better leaders in tech.

Anyway, HMU if you want to attend this week, February 24-25th: matt@commonpeople.co