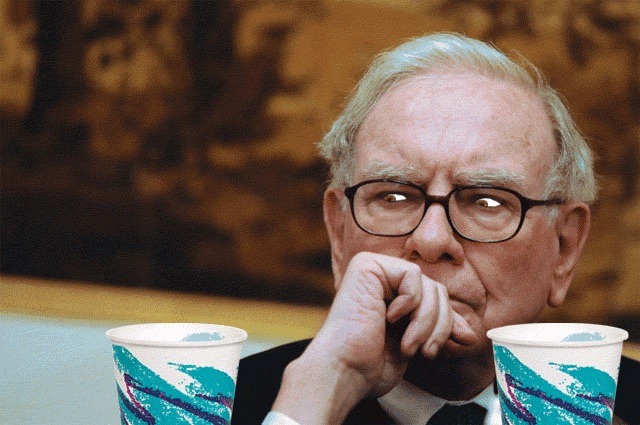 I once saw a quote (attributed to generic Rich Dude™) that said, “For the first year of your business, don’t take out any profit. Reinvest all of it back into your business.”

While I didn’t find an exact source for that quote, I did find this passage from Warren Buffet’s “10 Ways to Get Rich”:

Reinvest Your Profits: When you first make money in the stock market, you may be tempted to spend it. Don’t. Instead, reinvest the profits. Warren Buffett learned this early on. In high school, he and a pal bought a pinball machine to put in a barbershop. With the money they earned, they bought more machines until they had eight in different shops. When the friends sold the venture, Warren Buffett used the proceeds to buy stocks and to start another small business. By age 26, he’d amassed $174,000 — or $1.4 million in today’s money. Even a small sum can turn into great wealth.

As small business owners, many of us with dependents, this is hard. We work so hard to Launch the Thing and want to take some of that sweet, sweet lambo money for ourselves.

We’ve also been deliberately conditioned for instant gratification for most of our lives. Minute rice, microwave popcorn, the new Apple Card with 0% financing, etc.

On top of that, launches are emotionally exhausting.

You may remember Benjamin Hardy, PhD from the front page of Medium every day during 2016-2019. His book Willpower Doesn’t Work presents an evidence-based approach to managing motivation, grit, and willpower. It’s a phenomenal read that changed how I thought about my working energy.

One of Dr. Hardy’s conclusions – based on peer-reviewed evidence – is the following:

So when we’re sitting at the end of a launch, with a big pile of launch cash in our bank accounts… and we’re emotionally depleted… it’s really hard to say, “I’m not going to take any of this for myself.”

Many of you know Samar Owais from Emails Done Right. She’s a brilliant copywriter. And she’s one of those people who make you want to be better just by interacting with her.

During a recent chat, Samar told me that she’d saved all of the profits from the first launch of her Email Ecommerce Bootcamp. Then, she said, she was able to invest in her NEXT launch in a bigger way. (Full disclosure: fortunately for me, that included hiring Common People to design & build her sales page.)

As a result, Samar’s second launch earned her a big pile of cash. I can’t share final numbers, but I can say that she sold out each one of the 15 spots for her premium price tier.

Oh, and she did it without any paid ads.

So how do we actually apply the lessons from Dr. Hardy and Samar? We can create an environment where the good decisions are obvious and easy to make. It’s very much in line with James Clear’s Atomic Habits: let one small good decision lead to another and another until your entire life is filled with these chain-reaction benefits.
So when we’re launching, we can implement small, good habits that make our NEXT launches even more profitable.

If you’re feeling bad about yourself by now, know that you’re totally normal for not doing this. There isn’t a lot of talk in the self-employed creative space about money. (I mean, I’m sure someone has a course they’ll sell you.) We spend a lot of time talking craft and rates and client management… but not a lot on what to do with that money once you have it.

On the other hand, money management is a major talking point for small businesses and traditional companies.
So the trick we need to follow as small, creative businesses is follow the models set by bigger companies. And once we do, we position ourselves to have comparably sized businesses:

One last quick story. It kind of makes me chuckle when I see people who sell courses-on-making-courses brag about their 7- and 8-figure businesses. Those are big numbers for the coaching and copywriting industries… but compared to most businesses, those numbers are pretty small.

We think so small in this space. That’s intentional – the “barefoot writer” dream doesn’t look nearly as appealing if you take taxes into account.

But if we were to spend a little bit of time planning ahead, building in habits like these, our launches can become wildly successful. Just like dominos.